Between 1877 and 1878 the first houses of the workers village were realized. They are located at the beginning of the village, and they consist of three buildings, composed of 3 floors each. The slang for these houses is palasocc, that means big palaces. They are rectangular, very simple buildings. -they can host up to 12 families of workers, employed in the factory of Crespi d’Adda. 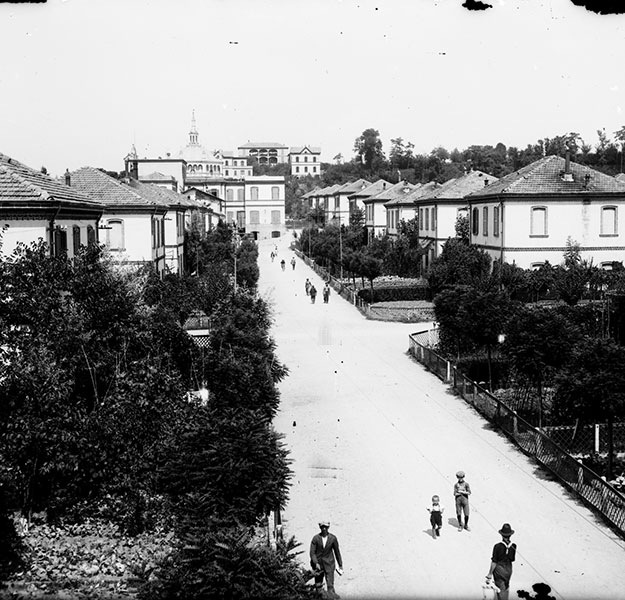 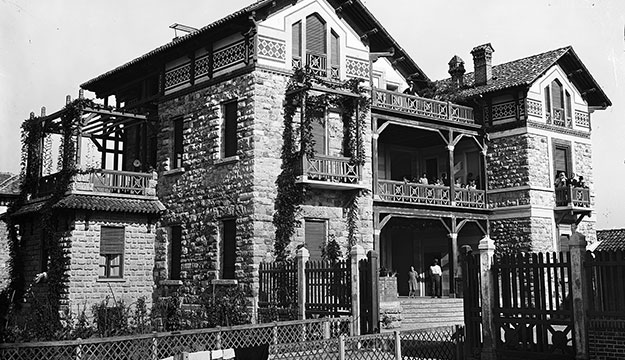 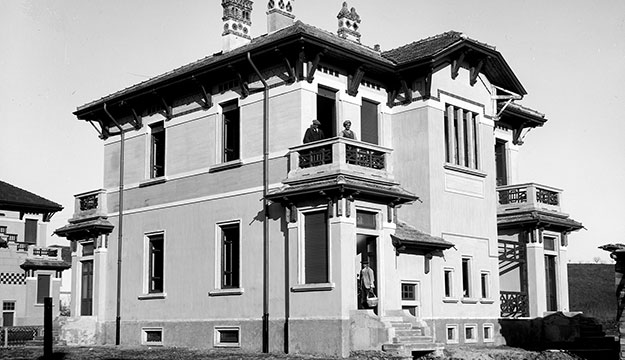 The architecture of Crespi d’Adda had to be characterized by houses called caserme, which means similar to stations, or military camps. But the owners changed their idea, during the international -exhibition in London, in 1851, where the new solution, a pavillon, is introduced for the first time. A pavilion means “little cottage”, or “detective house-According to this it is interesting to read what Silvio Crespi wrote in 1894, five years after that he became the director of the factory, in the report “Dei mezzi per prevenire gli infortuni e garantire la salute degli operai nell’industria del cotone in Italia” ( the tools to avoid accident, and to take care of the health of workers, personal translation of the title).

Until some years ago it was followed by everyone, the idea to build big houses, composed of several floors, which could host up to 10 and 20 families: this was a mistake. This meant to built military buildings, and not houses, where the crying of children, and the gossips of women and all kinds of noises break in every moment they need calm, to have a rest and the life becomes a community life, and the closeness to different families is the cause of moods, and disputes. An entrepreneur cannot obtain a loyal workforce using such a building.

He can only have wanderer workers, loving only a higher salary. The best house for workers must host only one family, and it has to be surrounded by a vegetable garden , shared with other families. We remember the english towns for workers, composed of long lines of houses, with a front garden and a back vegetable garden. The garden is encircled and it is the entrance; the door watches on a narrow corridor, on a side there is the living room; in front of the corridor a kitchen and between the living room and the kitchebìn a stair, to reach the two bedrooms, on the first floor. The latrines are on the back of the house , isolated. The houses are connected one to another one on the opposite sides, and so they are economic, and enough for every kind of family. Oldham Bolton, Accrington, are towns built in this way.

We remember the best satisfaction of the worker village of Mullhouse, where the houses are isolated, divided in four parts, joined on the converging corner. They are nice, they are enough for four families, but they use a bigger area, and they are more expensive.

Crespi d’Adda inaugurated a human sized architecture, which considers the true needs of the workers.