The factory of Crespi d’Adda occupies a big part of the southern area of the workers village. Among its characteristics we notice immediately that it is a one floor building. It’s a serial architecture, the shelf roof takes a big light inside the big, with their supporting structure in cast iron. The extended line of Crespi d’Adda depends on the need: the idea to use only one engine and to distribute the power with efficiency and without interruption. 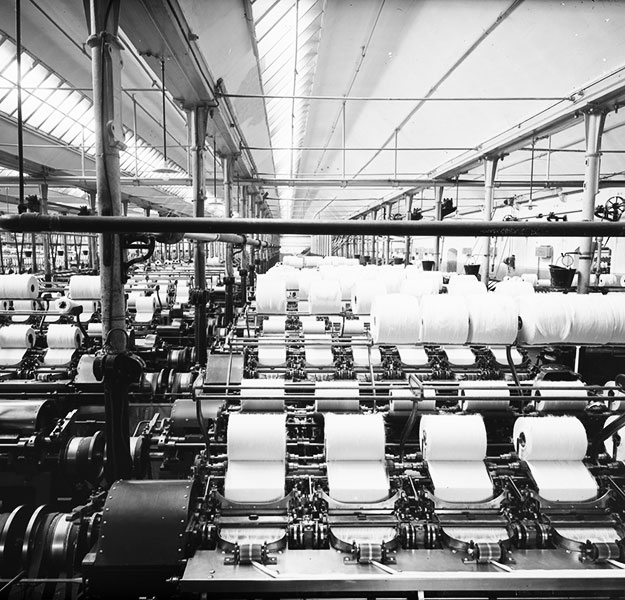 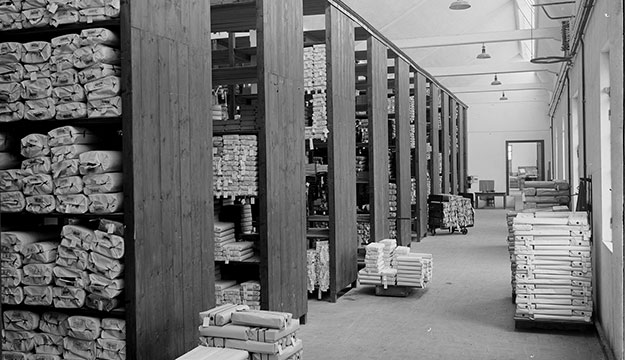 The elements which disagree with the horizontal development and with the repetition of decoration are the two chimneys which stand out the village. Originally three, the second one, on the same trajectory of the entrance, was hit by lightning and destroyed because of its structural diseases. The majesty, the use of brickwork, the decorations and the central position make them the catalyst of the glance which arrives from the nearby and comes from far away.

During the years the spinning department grows up, till to double the original surface. In the meantime new sectors are joined: among these the weaving, projected by Ernesto Pirovano. The dyeing is located in a really charming building, with little towers to fair the disposal of the steam from the factory.

In 1925 the main entrance is finished, with the famous red gates, realised in iron work by Alessandro Mazzucotelli. The architectural part of the factory shows a noble decorative strength, underlined by whistles and large chromatic backgrounds.