The factory between
past and present

The history of the worker village of Crespi d’Adda started with a dream. Cristoforo Benigno Crespi is looking for a location for his factory, where to produce cotton wires. We are in 1877 and who will become the owner of the factory is in the district of Bergamo, near the border with Milan, in a really important areaThe field is wild and surrounded by three natural borders: the river Adda, the river Brembilla and the eFosso Bergamasco. The hollow has only one entrance, on the northern side steep and dusty. 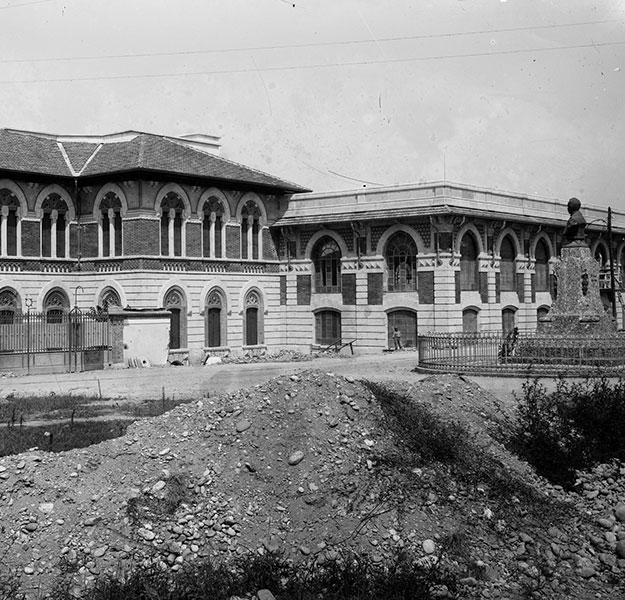 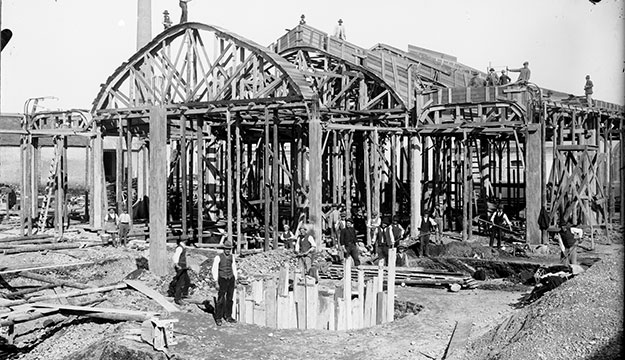 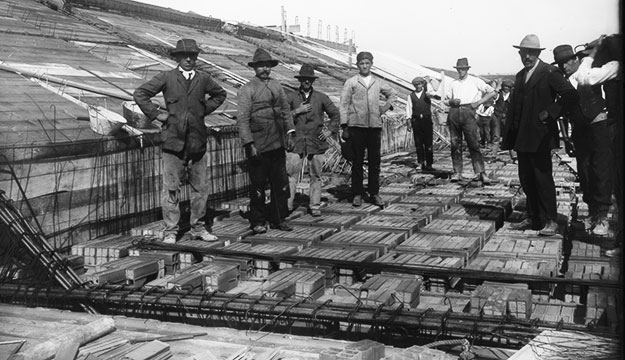 The field is shared in different part, owned by the town hall of Canonica d’Adda and Capriate d’Adda. He saw some maps, he made some calculations and then, Cristoforo Benigno Crespi buys 85 hectares of field. It’s the perfect location to build the workers village of Crespi d’Adda, because the history teaches us that where there is a cotton mill, there must be a river too.
This is why Cristoforo Benigno Crespi asks and obtains the possibility to use the water of the river Adda. Near it there is the naviglio Martesana, a water highway that takes till Milan.
To obtain the maximum from the river Adda he has to realise a deviation of the river, building a canal which takes water until the entrance of the factory. It’s possible thanks to the job of hundreds of workers, organizer in different shifts. With their pick they sculpt a piece of history of the workers’ village of Crespi d’Adda, submitting your their wishes 170.000 mq of land and metri cubi di terra e 13.000 mq of rock. 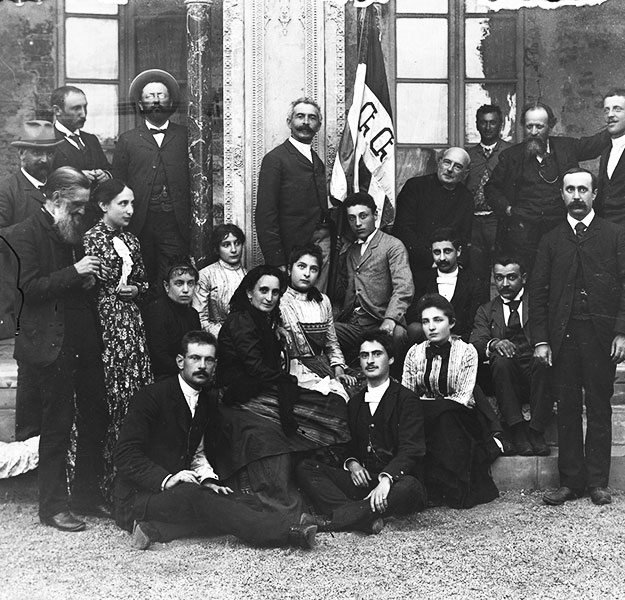 A surface of 85 hectares, il the perfect place where to found the workers village of Crespi d’Adda.
The hydro mechanic plant is realised with only one turbine which has to produce mechanic power. The room in which the turbin is located is called “canapone”. In the underground of the factory, the metal arms, joined to an engine, reach many departments and they allow to the different machines to work properly. In 1904 Cristoforo Benigno Crespi changes it into a hydroelectric plant, which starts to work in 1909.

The architecture of the cotton mill follows the example of the English factories, with the topical serrated roofs, known as “shed” in English.
The textile factory is a ground floor, composed by enormous spaces, with north-facing roofs, so that they are properly enlightened, without to blind the workers.


The history of Crespi d’Adda tells us about an amazing result. A cotton mill of 7.650 mq, composed by two parts: spinning and twisting. This last part is really rare in Italy, because it consists on twisting more wires together, to obtain a most resistant one. At last on July, the 25. 1878, Silvio Crespi, the eldest son of the village‘a founder, goes next to the carder up and he throws inside a little bit of cotton for the first time. The typical noise of the textile machines is spreaded all around in the village; the production startsI 1.200 casts and 5.000 frames- imported from England, model selfacting

But the true history of Crespi d’Adda is not only made by technology, The true protagonist are workers. The inhabitants of the surroundings are farmers, often obliged to go abroad to work. With courage they become blue-collar in the cotton mill of Crespi d’Adda.
To host in the best way the workers Per Cristoforo Benigno Crespi has an intuition: he builds the residential palaces, near the factory of Crespi d’Adda. At the beginning three buildings, with 3 floors and wth about 40 accomodations.
Anyway, Cristoforo Benigno Crespi can’t only give them a roof. He offers them a little school, to be attended on Sunday, a kindergarten, a grocery store, one cafeteria, one hotel, one stable for animals used to transport goods.